The role of decision aids 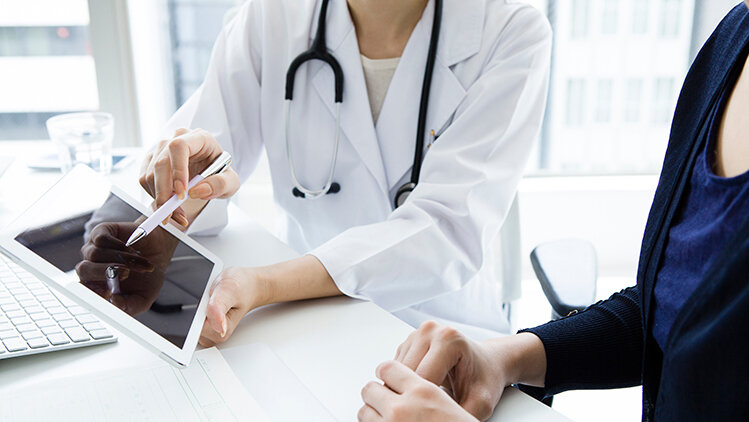 Advice is ubiquitous. Modern technology enables access to a plethora of reviews and first-hand experiences on topics ranging from quality hotels in exotic holiday resorts and healthy culinary choices to artificial intelligence-inspired customized fashion for the perfect look.

But what about medical care and the treatment of potentially life-threatening ailments? The goal for preference-sensitive decisions where there is no "best" choice for everyone is to achieve a higher quality decision.1 So the question is how can healthcare providers facilitate patients' involvement in decision-making and improve decision quality?

Wakako Osaka, an associate professor at Keio University's Faculty of Nursing and Medical Care is focused on answering this question by developing decision aids to support patients in making surgery choices.

"I have been a facilitator for over ten years in support groups of breast cancer patients," says Osaka. "Since physicians may propose a multitude of possible treatment options, some patients of the groups felt it was difficult to decide which one would meet their own lifestyles and values. Currently, I am working on the development of decision aids (DA) for patients with breast cancer in Japan. I want to contribute to improving both the quality of decisions made by patients and the quality of support for patients' decision-making from medical staff."

"Choice about breast cancer surgery is one of the most widespread preference-sensitive decisions made by women with early-stage breast cancer. Randomized trials have demonstrated equivalent survival rates for breast-conserving therapy plus radiation therapy versus mastectomy. Further- more, these decisions greatly affect long-term quality of life after surgery. Therefore, there is no universal "best" choice."2 It's a very personal process and most patients feel uninformed and unclear about making these important decisions." In a recent paper, we reported on whether including patient narratives with decision aids is more effective than DAs alone for reducing decisional conflict for Japanese women with early-stage breast cancer.2 This theme of research reflects observations that individuals faced with new or unfamiliar health concerns or treatments often seek out what other people in similar situations decided."

Development of DA with patient narratives
The research was a 'single-center three-arm parallel randomized controlled trial'. The subjects were Japanese women who satisfied the criteria of being at least 20 years old with no prior history of cancer and who were scheduled for breast surgery as their first treatment.

"The final version of the DA with patient narratives was based on the Ottawa Decision Support Framework and International Patient Decision Aid Standards (IPDAS) Collaboration checklist," says Osaka. "We gave one of the two intervention groups a DA with the patient narratives (35 pages of B5 paper) and the other a DA without narratives (26 pages of B5 paper). Both intervention groups were also given the standard information booklet developed by hospital staff at specific hospitals. The control group was only given the standard information booklet." A total of 210 Japanese subjects took part in the study.

Findings on the effectiveness of decision aids
Because women were randomly assigned to one of two intervention groups or a control group, there was no difference in the decisional conflict scores for the three groups at the start of the study when the subjects registered to take part, with the score being relatively high at approximately 50. Next, after making their decisions but before undergoing surgery, the score for all three groups decreased to between approximately 32 and 38, but there was still not a significant difference. Then one month after surgery, both intervention groups had significantly lower scores compared with the control group for decisional conflict scores.

"Our research on the 210 Japanese women showed that both types of DA―that is, with or without narratives―helped in reducing decisional conflict and were better than only using the standard information booklet," explains Osaka. "Eighty percent of the subjects in the DA-groups said that they would recommend the use of DAs to other patients, which means that DAs are also acceptable for Japanese patients."

Osaka stresses that medical choices are daunting for patients and access to accurate information on options and their advantages and disadvantages in the form of a DA can be effective as a supplement to support decision-making based on evidence. "Our study shows that patients can actively interact with medical professionals and participate in decision-making by having the appropriate information to make decisions in Japan." 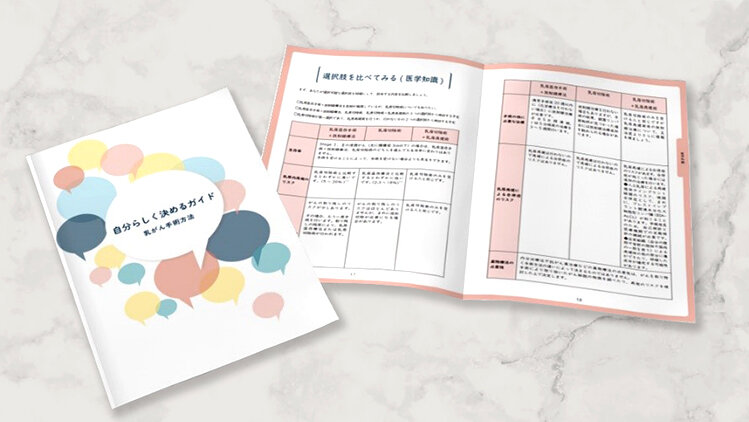 Fig. 1
A decision aid booklet regarding surgery choices for women with early breast cancer was developed in 2014 and revised in 2021. ©︎ Keio University

Proliferation of DA guides for patients
Osaka says that in Japan decision aids have already been developed for cases that include long-term tube feeding targeting substitute decision-makers for cognitively impaired older persons, women considering hormone therapy after menopause, and adults newly diagnosed with attention-deficit hyperactivity disorder. But there are still few decision aids in Japan. To date, she has developed some decision aids with healthcare providers based on her extensive experience in developing decision aid choices in surgery for women with early breast cancer: a decision aid on choices of pregnant women whether to have epidural anesthesia or not during labor, a decision aid for breast reconstruction after a mastectomy and a decision aid for women with hereditary breast and ovarian cancer syndrome. Shared decision making is a key component of patient-centered health care. Decision aids can help shared decision making. 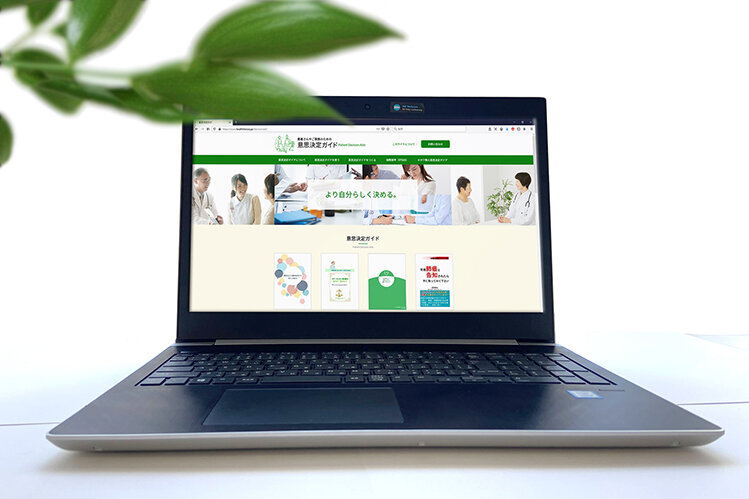 Other activities Osaka is involved in includes the development of an education program to train medical professionals to systematically develop and utilize decision aids for cancer patients, as part of KAKENHI-C research funded by MEXT (the Ministry of Education, Culture, Sports, Science and Technology). 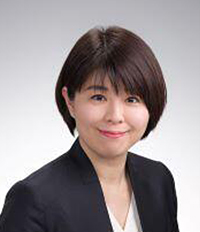 Faculty of Nursing and Medical Care

Wakako Osaka was born in Fukushima, Japan, in 1970. She received a Ph.D. from the Doctoral Program in Nursing Science at St. Luke's International University in 2015. In 2019, she joined the Keio University Faculty of Nursing and Medical Care as an associate professor. Her research interests are in decision aid and shared decision making. She is a recipient of the Nursing Education and Practice Award from Japanese Society of Cancer Nursing in 2012, the IT Award of the 10th Nursing Idea Award in International Modern Hospital Show in 2017, the Nursing Research Encouragement Award from the Japan Society of Private Colleges and Universities of Nursing in 2017, and the SFC Faculty award in 2021.