The world of cultural anthropology 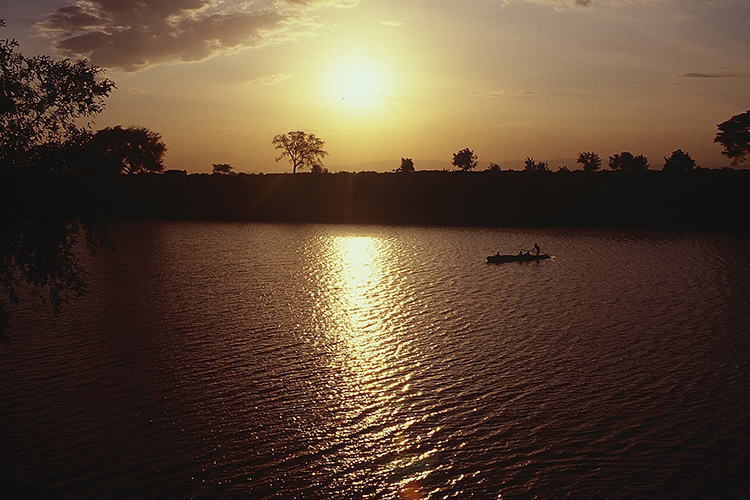 Analytical fieldwork on the movements and behavior of pastoral peoples in East Africa shows strong survival traits of resilience, adaptability, and diversity.

Toru Sagawa is an associate professor at the Keio University Faculty of Letters, Department of Humanities and Social Science whose research is focused on the study of conflicts between pastoralists and inter-ethnic relations near the borders of Ethiopia, Kenya, and South Sudan. "I have analyzed the experiences of those who actually went to battle and the role that unique, friendly social relations that transcended ethnic boundaries play in the restoration of peace," explains Sagawa. "Now, I am interested in local, national, regional, and global movements that are affecting these regions of East Africa. Specifically, the effects of government intervention in inter-ethnic conflicts, movements to restore rights by East African pastoralists who have been marginalized, and the effects of the ongoing large-scale land acquisition by domestic and foreign private capital in parts of the African continent on the lives of pastoralists."

Sagawa spent several years of his doctoral studies in Ethiopia. "My Ph. D. took eight years," says Sagawa. "I am glad I continued my research. Some unexpected findings include the observation that fierce enemies during conflict become peaceful communities once peace is restored. Also, I was amazed by the sheer resilience of pastoralists moving with their animals across vast areas. An inspiring way of life to observe."

Why and how the livelihood of people changes over time is an ongoing topic of research. In particular, studies to date have addressed how people secure their basic needs for living―referred to as their livelihood―within the context of environmental and sociocultural issues.

Recently, Sagawa observed the ability of pastoralists in East Africa to diversify from conventional nomadic herding of animals to "entry into fishing activities"―activities that conflicted with their traditional way of life.

Before 2010, the attitude of the Daasanach towards fishing was outright negative: catching and eating fish was despised (Sagawa was told that "fish smells too bad to eat"). Yet, by 2015, a few Daasanach households had built a fishing camp. Sagawa noted that mainly young people were engaged in fishing, and that many of the fishing people still kept modest livestock.

One reason for the Daasanach to start fishing was the building of commercial farms on their territory. This partly led to the loss of land for their pastoral activities. At around the same time, government officials tried to persuade them to abandon pastoralism and livestock, and take up farming and plantation work. Working at a commercial farm became an option to make money. In addition, trading partners―notably Somali merchants―appeared, inviting the Daasanach to supply them with fish as a trading good. These circumstances created economic motives to switch to other means of livelihood.

Working at a farm turned out difficult to combine with pastoral activity though, as the latter requires a degree of mobility. Moreover, it led to the problem of alcoholism―Daasanach workers would spend their salary on alcohol to deal with the cold and loneliness during guard jobs. As a result, fishing in Lake Turkana and the Omo river, one of the lake's primary inflows, became seen more positively, and compatible with pastoralism, and was elevated in the cultural hierarchy of livelihood activities.

Over time, the attitude towards eating fish also became more positive. One young fisherman told Sagawa: "Fish have a bad smell, but the taste of fish meat is the same as that of livestock meat: Good." Sagawa also investigated how, given the traditional negative connotations with fishing, the elder Daasanach, not engaging in fishing activities, regarding the decision of the younger Daasanach. Although the elders generally do not approve, they do respect the decisions of younger Daasanach who "move to the south," which has become a euphemistic term for 'go fishing.'

Finally, Sagawa points out that the situation has changed again, as a dam on the Omo river completed in 2015 has stopped the periodic flooding to occur, making pastoralism and cultivation in the floodplain difficult. Many fishing pastoralists have abandoned fishing and are now dependent on maize and wheat supplies from the Ethiopian government. Sagawa concludes that he "can only say that the strength of the resilient pastoral society in this new context is very uncertain."

Faculty of Letters, Department of Humanities and Social Science


Toru Sagawa is an Associate Professor at the Faculty of Letters, Keio University, Japan. He has conducted field research in East Africa since 2001. His recent works include a chapter titled "Large-scale development projects, food security policy and livelihood of agro-pastoralists in southwestern Ethiopia," in Development and Subsistence in Globalising Africa: Beyond the Dichotomy, M. Takahashi et al. (eds.) (2021, Langaa RPCIG), and "Naturalography of co-existence among East African pastoral societies: An Introductory overview of Japanese scholarship," in African Study Monographs 40-2/3 (2019 with I. Hazama).