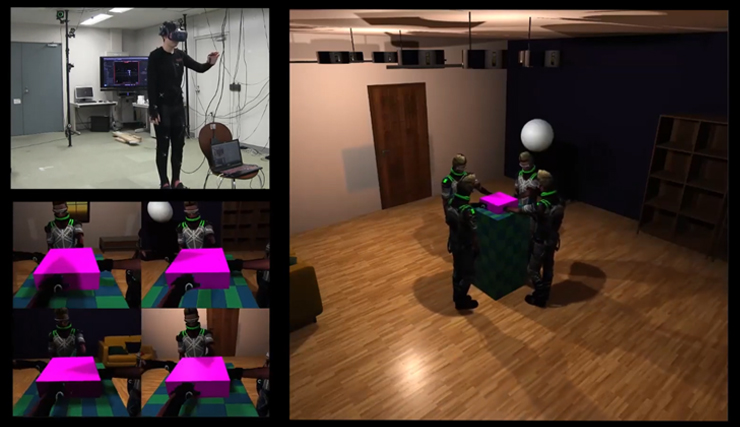 The behavior and perception of a participant is synchronized with multiple bodies in the virtual reality environment. © Keio University

A human's perception and behavior are coordinated by one and the same body. Yet, the human brain also functions when "connected" to another body as explored in virtual-reality technology settings. This notion is referred to as a "sense of embodiment." An open question is whether a human can have a sense of embodiment for several bodies at the same time: If one human would be able to control multiple (virtual) bodies simultaneously, this could be used for practical applications where they are required to control multiple environments in parallel. The possibility of multiple embodiment has now been investigated by Maki Sugimoto of the Keio University Faculty of Science and Technology and colleagues, who found that up to four virtual bodies can, to some extent, be operated by one person1.

The scientists had 12 people do two types of individual experiments in a virtual environment (VE). The participants wore a head-mounted display on which the VE was projected, and a tracking suit with which the person's motion could be digitally captured and copied onto virtual "cloned" bodies (repeating the posture and motion of the participant) at different locations in the VE. The view of a participant showed the views of the bodies in a matrix-like representation.

In the first experiment, participants had to push a button, turn around and reach for a virtual ball that appeared (which was triggered by pushing the button) from a random direction in the VE. Experiments were done for one, two, and four bodies in the VE. As quantitative assessments of the task, the researchers looked at the distance moved by the participant and the time it took to touch the ball. The former decreased with increasing body number, whereas the latter increased. The researchers argue that this is probably due to the increased cognitive load; with more than one body available, a participant first needs to choose the body to use for reaching for the ball. A qualitative assessment was done by asking the participants a set of questions addressing their sense of embodiment. The main outcome of the questionnaire was that participants applied active-body switching ― rather than feeling parallel ownership of multiple bodies, they each time selected a body "to occupy" for carrying out the task.

In the second experiment, four bodies were lined up side by side in the VE, and the participant could see the views of the four bodies (in a 2-by-2 matrix). A virtual ball was then repeatedly thrown to one of the bodies. The target body was selected randomly for each throw, and participants had to catch (by "touching") the approaching ball with the relevant body.

Various interval times were used in the experiment. The success rate decreased with smaller intervals, which again confirmed that participants were switching between active bodies ― a conclusion also confirmed by the participants' answers to subjective questions probing their sense of embodiment.

The work of Sugimoto and colleagues is a first step towards realizing the practical potential of distributed embodiment, leading the researchers to conclude that humans can indeed have the sense of body ownership and agency for each body when controlling multiple bodies simultaneously. 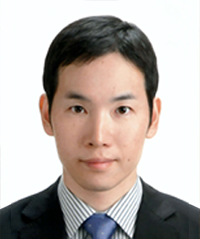 Faculty of Science and Technology, Department of Information and Computer Science

Maki Sugimoto is a professor at the Department of Information and Computer Science, Faculty of Science and Technology, Keio University, Japan. He received his PhD from the University of Electro-Communications, Tokyo in 2006. His research interests include embedded optical sensing systems for AR/VR and collective visual sensing systems with machine learning.

https://www.keio.ac.jp/en/press-releases/2021/Jul/13/49-81258/
Subscribe to our free monthly newsletter to keep up with the latest research and scientific developments at Keio University.
Subscribe