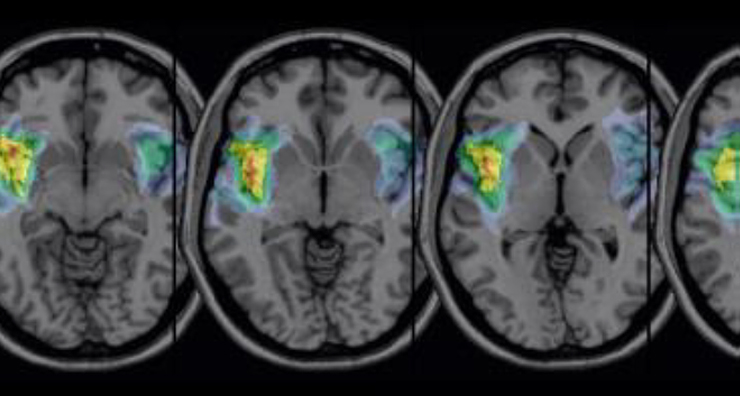 The lesion overlay maps for participants of Terasawa et al. (2021). The insula (colored area) is a key area for considering the relationship between the body and emotions. © Keio University

"My interest in psychology started during my high school days," says Yuri Terasawa, an associate professor at the Department of Psychology, Keio University. "High school is a time when our bodies go through many physical and emotional changes. I remember thinking why feeling sad caused tightness of the throat and a sense of not being able to breathe easily. And, why do we get the sense of 'moya-moya' in Japanese, where you feel stress but do not know why, but your mind feels foggy and your body feels fatigued? So I decided to earn a degree in psychology to take a deeper look at the interaction of the mind and body that leads to human emotions."

Terasawa is working with surgeons and industrial collaborators on gaining insights into the question of "what is emotion?" using methods that include experimental psychology tests, functional magnetic resonance imaging (fMRI), and wearable devices. "I want to quantify differences in how people feel emotions such as interoception, anxiety, and alexithymia," explains Terasawa. "That is, why do different people experience the same emotions in different ways? This is an exciting area of multi-disciplinary research."

Emotions are processed in a part of the brain called the insular cortex, but understanding how exactly the insular cortex deals with emotions is not straightforward. One difficulty lies in disentangling psychological aspects from 'interoception' ― the set of neural mechanisms involved in transmitting signals to the brain. Most research on the relationship between the insular cortex and emotions relies on neuroimaging techniques like magnetic resonance imaging.

However, an alternative approach was reported by Terasawa and colleagues at Nagoya University School of Medicine and Nagoya University Hospital, who describe the effects of surgery on the insular cortex with regard to patients' abilities to recognize different emotions1.

The scientists analyzed data obtained from 12 patients who underwent resection of a tumor affecting the insular cortex. The patients were asked to perform some tasks before and after the operation. The first task was the heartbeat counting task, a classic exercise used in psychology where a patient is asked to count the number of heartbeats felt in a short period of time, without using the sense of touch. The discrepancy between the number of reported heartbeats (by the patient) and actual heartbeats (measured with an electrocardiogram) can be converted into a measure of interoceptive accuracy.

In another task, named the emotional sensitivity task, patients were shown photos of faces expressing anger, sadness, disgust, happiness or "nothing" (a neutral facial expression). Participants were asked to decide what emotions they felt when shown photographs and a "correct response index" was calculated based on their responses.

From a comparison of the results of the heartbeat counting task before and after the operation, the scientists concluded that on average, the group of patients as a whole did not change its interoceptive performance. However, the results of the emotional sensitivity task showed a decreased sensitivity to anger and happiness after surgery. By applying a detailed statistical analysis of the individual performances on the heartbeat counting and emotional sensitivity tasks, Terasawa and colleagues were able to conclude that the decreased ability to recognize anger and happiness are associated with particular changes in interoceptive accuracy ― those patients who had a higher change in error rate for the heartbeat counting task scored worse when having to identify the feelings of anger and happiness.

"Our results confirm firsthand accounts I have heard from close relatives of patients who have undergone resection," says Terasawa. "For example, the wife of a man who had undergone surgery on the insular cortex described the way her husband who had always been excited and happy when he met his daughter after a long while, changed before and after the surgery. He was usually very happy before his surgery, but after surgery exhibited a 'bland attitude,' without visually showing any excitement when he met his daughter."

The researchers point out that there are a few limitations to their study. The number of participants was low, and the influence of the tumors themselves (rather than the surgical operation) remains unclear. Also, it is not clear whether there are more variables that could have caused the observed relation between interoceptive accuracy and emotional recognition. Nevertheless, the work of Teresawa and colleagues represents, quoting the scientists, "the first study to examine the change of interoception and emotion after insular resection in humans," and it shows that "the removal of the insula[r cortex] affects the recognition of emotions such as anger and happiness through interoceptive processing."

In related research, Terasawa and her colleagues recently described the effects of external stimulation ― via haptic signals from customized digital wristwatches ― that simulated slowed down heartbeats on the "physiological responses and prosocial behavior" of subjects exhibiting differing interoceptive ability under stress2. "The results from our experiments using wearable technology showed that differences in an individual's interoceptive accuracy affected their perception and response to our altered bodily signals. These results show the importance of wearable devices for personalizing biofeedback in this kind of research." 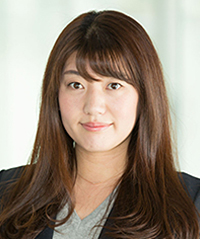 Yuri Terasawa received her PhD in 2013 from Keio University, and the following year entered the Department of Psychology at the Keio University Faculty of Letters as an Associate Professor. She also worked as a research fellow at National Center of Neurology and Psychiatry from 2011-2014. Her main research topic is the mind-body interaction for feeling emotions.