A life with terahertz waves 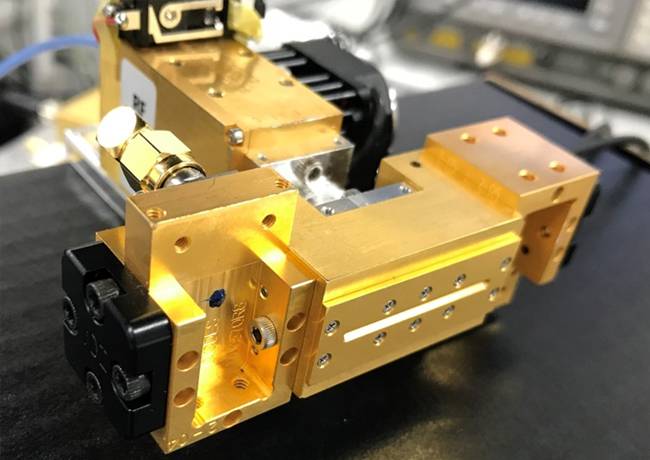 "My doctoral research was on controlling beams of terahertz radiation," says Yasuaki Monnai, an associate professor at Keio University's Department of Applied Physics and Physico-Informatics. "We were working at the boundary between light and radio waves. Most likely, what led me to follow this path was meeting a professor who was transmitting electric power wirelessly using microwaves. I was impressed by his ideas and methodology, which eventually led to my interest in terahertz waves, waves that have higher frequencies than microwaves."

Although the terahertz frequency band has the potential for communication speeds much higher than the best of today's Wi-Fi, enabling instant downloads of high-definition images, one of the issues to overcome is preventing the divergence of terahertz beams. "For example, infrared remote TV-controllers are highly directional and if they are pointed slightly away from the target, they fail to work," explains Monnai. "For my doctorate, I proposed a device to control the directionality of terahertz beams and demonstrated its principle of action. I had to visit a group in Germany to complete my research because my laboratory in Japan did not have the highly specialized terahertz wave equipment required."

Studying in Germany and the verbalization of ideas

Monnai's memories of his stay in Germany include how students approached their research and job hunting. "In Japan, it is assumed that all students work along the same timeline towards important events such as completing doctoral programs and finding jobs," says Monnai. "But in Germany, I saw that it was a case of 'people acting once they were prepared,' which means the timing for these events depends on the individual's circumstances. People take their time to think about their future without external timing constraints. This is in total contrast to the situation faced by students in Japan who all try to graduate and get jobs to start on the 1st of April of that fiscal year."

Monnai recalls being impressed by the ability of the German students to clearly explain their intentions in words. "I have heard that in physics exams, students are expected to not only solve equations but also answer questions verbally," explains Monnai. "On TV programs for children, I noticed it was common for ordinary children to explain in their own words not only what they wanted to be in the future, but also why. I felt that this kind of culture was the basis for the 'verbalization of ideas.'"

There are a wide range of applications of electromagnetic waves. For example, microwaves are used for heating meals, infrared rays for monitoring temperature, and X-rays for looking inside matter. However, there is increasing interest in the unexplored terahertz wavelengths. "One of my research themes is focused on terahertz radar with the goal of controlling machines and supporting human cognitive behavior," explains Monnai. "We recently developed a compact, highly penetrating, high-resolution terahertz radar system for application in the fields of mobile/wearable devices and drones. We revealed the power of our technology by demonstrating non-contact and remote detection of human heartbeats where the terahertz radiation penetrated a person's clothes." The terahertz frequency band is generally recognized as covering the range from approximately 0.3 THz to around 10 THz, where 'tera' refers to one trillion (1012) cycles per second. This corresponds to the relatively long wavelengths of 1 mm to 0.1 mm when compared to around 500 nm (10-9m) for visible light. Notably, terahertz radiation is noninvasive and not harmful to the human body, thereby offering a wide range of applications ranging from inspecting defects in industrial products to whole body scanners at airports and cancer detection.
Monnai explains that the resolution of terahertz waves is significantly higher than conventional microwaves and millimeter waves, and media are more transparent to terahertz radiation than light enabling better detection. He adds that his group's technology does not require phase shifters, lenses, mechanical scanners, or other such components, thereby enabling a highly compact system without moving parts.

It is becoming increasingly clear that the unique properties of terahertz waves have the potential to be extremely useful not only as communications carriers but also as measurement probes.
"Terahertz waves is a next generation technology acting as the interface for incorporating data in the physical world into the cyber world, such as autonomous driving and telepresence," says Monnai. "I believe that we must combine cutting-edge hardware and software for such applications. So currently, I am focusing my research on terahertz systems with smart hardware." 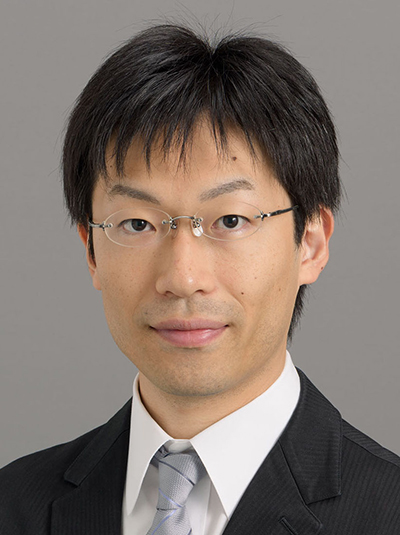 Department of Applied Physics and Physico-Informatics