Visualizing the effect of gravity on our bodies 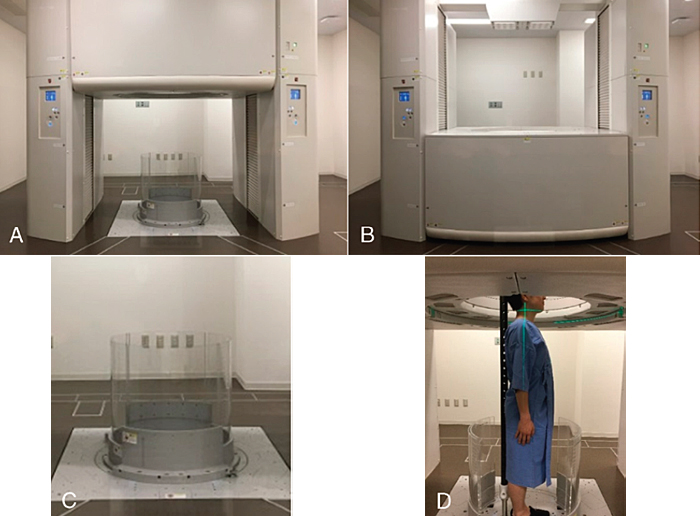 Computed tomography (CT) is a widely used medical imaging technique, which yields three-dimensional images of the whole body. It is routinely used to track many diseases such as infections, tumors, atherosclerosis, and trauma. Conventional CT scanners require patients to lie on a bed, and thus are unable to take scans of the body in its natural, upright position. Posture and gravity affect the locations and dimensions of human organs, so abnormalities that may be found when standing upright may be missed during conventional CT scans. Now, a research group at Keio University led by Masahiro Jinzaki has designed a new type of CT scanner that can take images of patients while standing.

Their system employs an up-and-down scanning motion to give high-resolution images of different sections of the torso. The team first compared the images produced by the upright CT with those from a conventional horizontal type, by scanning a 'phantom' or dummy object. The spatial resolution, image noise, and CT number were the same with both methods, suggesting that image quality was not compromised in spite of the up-down movement of the upright CT. Subsequently, healthy volunteers and patients were recruited for more detailed studies.

When the volunteers were exposed to both types of scanners, it was found that the time required for getting into position and exiting the scanner was reduced by almost half with the upright scanner. The team also found that major blood vessels appeared thinner and flatter while organs such as the urinary bladder appeared more descended with the upright scanner, revealing just how much posture can affect human organs. The system comes with a pole which can be set up to provide support while standing, and the volunteers reported higher levels of comfort and perceived safety in the upright scanner. When asked if the pole felt secure, all patients responded affirmatively.

Regarding actual patients, the upright CT scanner was able to find abnormalities that were missed by conventional horizontal CT scanners. One patient complaining of severe back pain was diagnosed with a spine injury; one had bladder misalignment; and one had a hernia which had previously gone undetected.

This study demonstrated the potential of upright CT scanners as a highly useful diagnostic tool. The Keio University scanner was particularly powerful regarding abdominal conditions that are heavily affected by gravity and posture. The researchers concluded that studies on larger patient populations comparing diagnoses using conventional and upright CT machines will give better insights and pave the way for introducing upright CT systems into regular clinical practice. 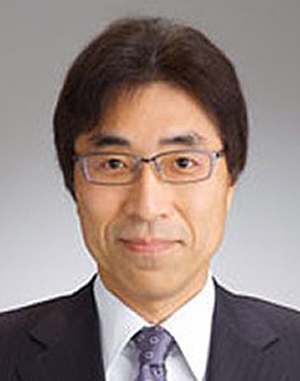 Department of Radiology, School of Medicine

Masahiro Jinzaki's educational background include Keio University School of Medicine and Brigham and Women's Hospital of Harvard Medical School. He has been a full professor of the Department of Diagnostic Radiology at Keio University Hospital since 2014. His research interests are the further visualization of the human body, including assessing clinical application of 4-dimensional dynamic imaging.