The dynamics of bubbles controls their cleaning potential 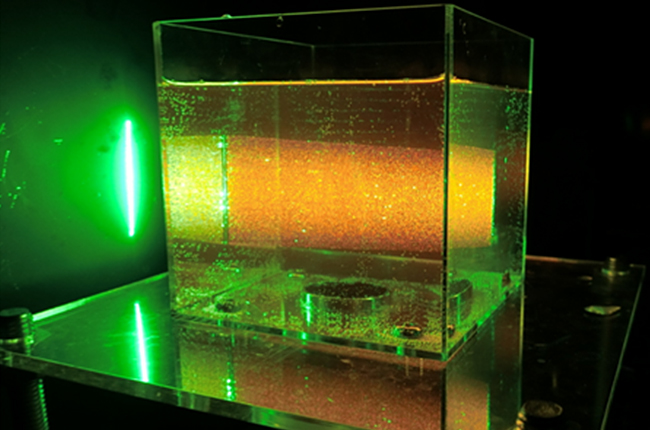 Dental instruments, jewelry, and industrial equipment all have one thing in common--they are generally cleaned using ultrasonic baths. These consist of water tanks subjected to ultrasound or very high frequency sound waves that induce bubble formation within the water. When these bubbles collide with surfaces of objects in the bath, they get de-greased and cleansed. Unfortunately, if the bubbles impact an object too hard, it can scrape off parts of the object's surface. Keita Ando and a colleague from the Department of Mechanical Engineering at Keio University have now discovered a method to mitigate the damage caused through collisions by regulating the gases dissolved in the water.
In the process of "cavitation," bubbles are created within areas of low pressure. If the intensity of ultrasound is high, the bubbles collapse violently. However, when water is pumped with large amounts of a gas such as oxygen, the dynamics of bubble formation can be controlled in two ways. First, the cavitation inception pressure can be reduced by increasing the dissolved gas concentration, thereby making bubble formation easier to control. Second, the gas also functions as a cushion and partly absorbs the impact of the bubble collapse. Making practical use of this theory, the duo first pumped tap water with increasing concentrations of oxygen. This "supersaturated" water was then used in ultrasonic baths, and a glass disk coated with microscopic particles was used to test the cleaning potential of the bubbles in these baths.

Figure 1. Holes and pits induced on the aluminum foil surface upon exposure to the ultrasound bath reduced with increasing concentrations of dissolved oxygen. © Keio University

Firstly, the researchers found that with increasing concentrations of oxygen the cavitation process was smoother and resulted in larger and more stable bubbles. The bubbles also moved upwards, in the direction of the ultrasound waves traveling from the ultrasound generator. Next, using high-resolution imaging, the surface of the disk was observed. A large number of clean spots were found on the glass surface. The clean spots also showed a vertical alignment, corresponding to the path that the bubbles traversed. After confirming the cleaning efficiency of the bubbles under conditions of supersaturation, their erosion-inducing effects were determined. With regular water, a piece of aluminum foil exposed to the ultrasonic bath was found to have a large hole in the middle. When supersaturated water was used in place of regular water in the ultrasonic bath, instead of a hole, there were smaller pits. As expected, water with the highest amounts of dissolved oxygen showed almost no pits.

"Our findings suggest [that optimal] gas supersaturation in cleaning solutions allows for mild bubble dynamics and thus it cleans surfaces effectively with minimal cavitation erosion," conclude the researchers. Using supersaturated water in ultrasonic baths may prove to be an easy yet effective method of cleaning while keeping the integrity of expensive objects intact.


Visualization of acoustic and hydrodynamic phenomena in a 28-kHz ultrasonic cleaning bath. The motion of cavitation bubbles and oxygen-supersaturated water (seeded with fluorescent particles) in the bath is captured by green and red light scattering. 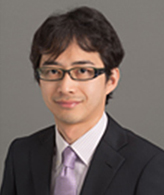 Keita Ando is an associate professor in the Department of Mechanical Engineering at Keio University. He received a B.E. from Keio University in 2005 and a Ph.D. from California Institute of Technology in 2010. He joined the Mechanical Engineering Department in 2012. His research focuses on understanding the acoustics and dynamics of bubbly cavitating media in hydraulic and medical applications.