Inhalation of particulate matter is one of the top ten risks to human health according to the World Health Organization (WHO). In 2016, as many as 4.2 million people died due to the effects of particulates in the air. With these alarming statistics, it is not surprising that there have been increased calls for greater awareness and monitoring of the air for potentially deadly particulates.

"The health risks of inhaling particles less than 2.5 micrometers, so-called PM2.5, are well documented with environmental agencies monitoring particle-concentrations and issuing warnings to the public about dangerous levels of PM2.5 in the air," says environmental scientist Tomoaki Okuda, an associate professor at the Department of Applied Chemistry, Keio University. "However, recent reports indicate that singly charged particles are about six times more likely to be adsorbed into the respiratory tract than uncharged particles. So, an accurate assessment of the effect of air-borne particles on human health requires a much deeper understanding of not only the size of particles, but also their physico-chemical properties including charge and surface structure. My research is focused on determining the charging state of particles in the air, which, surprisingly, is not well understood."

Okuda and colleagues developed K-MACS (Fig. 1)1, 2 as an inexpensive and versatile system to continuously separate and quantify the charging state of atmospheric particles ranging in size from 300 nm to 500 nm for short durations over a period of 12 months. "We studied this range of particles because they have a larger concentration in the air," says Okuda. Measurements of these particles were taken at Keio University's Yagami Campus from April 2017 to February 2018. 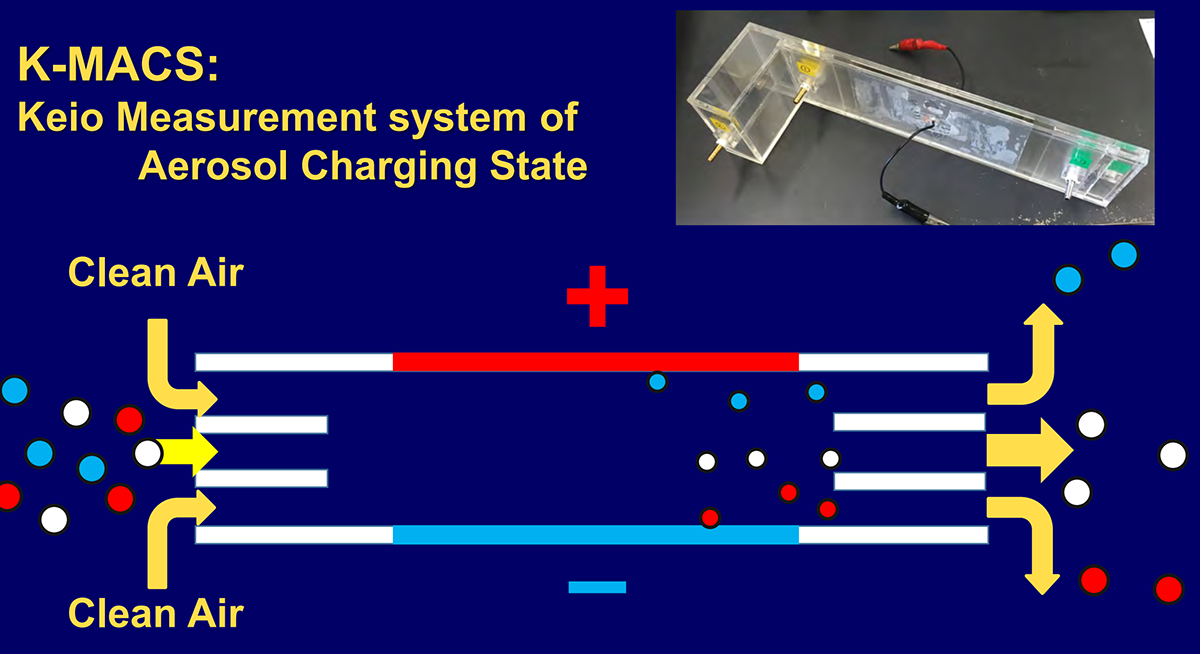 The two main findings were that the charging state of the atmospheric particles was different from the results of theoretical studies to-date (Fig. 2), and that the particle charging state fluctuated markedly with changing atmospheric conditions (water vapor amount and entrained air mass) due to seasonal variations.3

"These results offer new insights into the changes of the charging state of particles," says Okuda. "They will play an important role in the accurate evaluation of the effects of atmospheric particles on human health on a global scale." 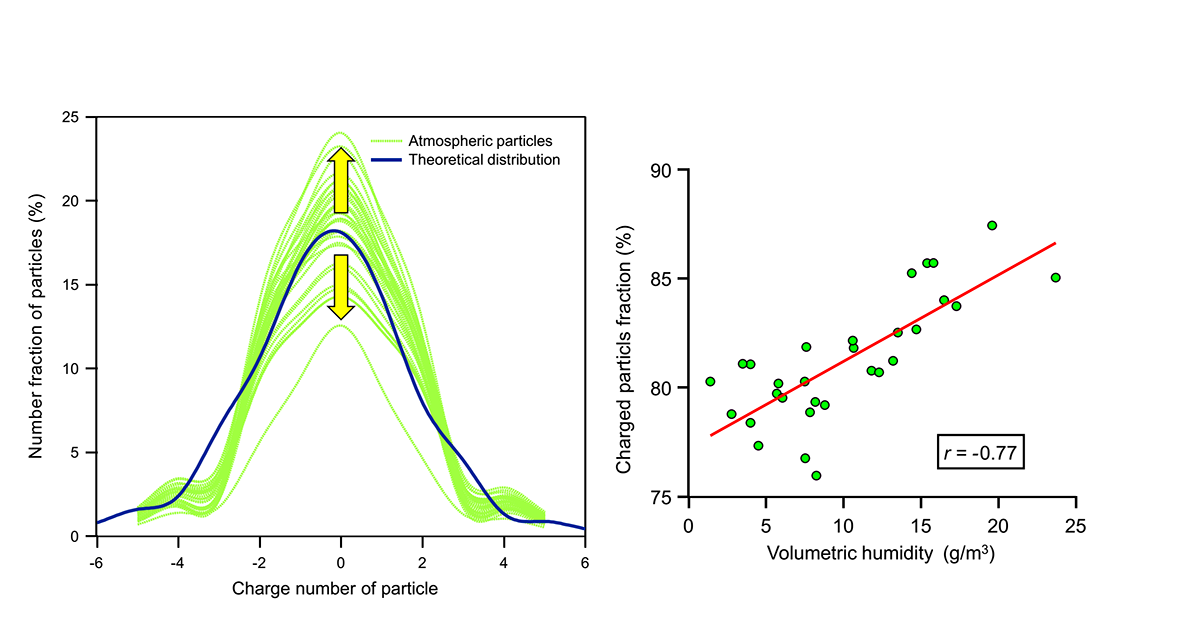 Okuda conducted a theoretical assessment of the performance of a parallel plate particle separator (K-MACS) instrument designed to measure the charging state of PM2.5 particles. Results yielded an optimal voltage to maximize the types of particles.2 This research addresses the question of what happens to aerosol particles in humid conditions, such as haze. A discrete element model showed a correlation between relative humidity and the amount of water contained in the particles that were found to be charged negatively or positively.4

Department of Applied Chemistry, Faculty of Science and Technology

Tomoaki Okuda has participated in many international joint research projects relating to air pollution around East Asia. His current research focuses on the physical and chemical properties of aerosols which provide metrics for their adverse health effects. He is a recipient of several awards, including the 2015 Asian Young Aerosol Scientist Award.