Mutations in one gene can manifest as a multi-organ disease 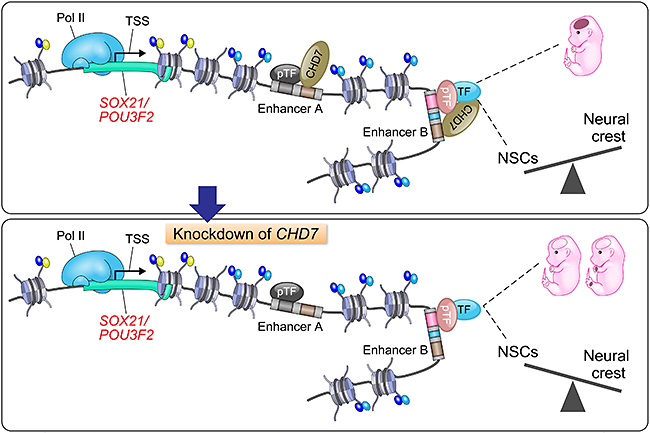 CHARGE syndrome is a rare congenital condition. It results in a varied set of structural anomalies in the body, especially around the head and face. A conundrum in the world of genetics is how in conditions such as CHARGE, mutations in one single gene can lead to such a diverse set of abnormalities. Jun Kohyama and colleagues at Keio University have recently been studying the gene implicated in CHARGE syndrome, CHD7, and explained how it relates to head and facial deformities.

Given that these abnormalities arise during developmental stages of the fetus, the team first employed neuroepithelial (NE) cells: these cells give rise to the central nervous system (CNS), i.e., the brain, eyes, and ears, as the fetus develops. It was first noticed that CHD7 was mandatory for the NE cells to retain their identity. When CHD7 was suppressed, the NE cells started showing properties of other cell types. CHD7 was thus the primary factor in maintaining the CNS "lineage" of cells. How then, did CHD7 single-handedly come to regulate an entire lineage?

To assess this, Kohyama's team performed a gene analysis. Since genes drive all the different functions in our body, those that are the direct target of CHD7 would help understand its effects better. CHD7 was found attached to a specific set of genes known as "super-enhancers" (SE). The SEs play an important role in maintaining the identity of different cell types. Thus, CHD7 binding to SE in NE cells is important for controlling the fate and development of NE cells. Another interesting function of CHD7 that was revealed was its activation of "enhancers." These enhancers are genes that are specific for CNS development.

After understanding how CHD7 plays a role in maintaining the integrity of NE cells, the team finally attempted to understand if it had a more specific role with regards to CHARGE. Gene analysis on CHARGE-patient derived cells revealed two candidates as its target: SOX21 and BRN2. Both of these genes are also involved in the healthy development of the nervous system.

"Our study provides insights into the longstanding question regarding the causes of multiple anomalies in CHARGE syndrome patients," conclude the authors. They showed how anomalies in a single gene can switch the structural and functional integrity of cells during development, resulting in a multi-organ malformation. Given the advances we now have in genetic testing, this study highlights the importance of monitoring the CHD7 gene in human fetuses. 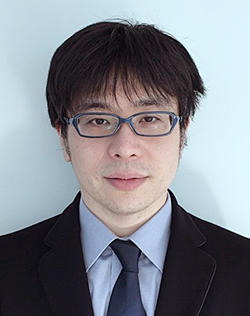 After receiving his PhD in 2006 from Keio University, Jun Kohyama worked as an assistant professor at the Nara Institute of Science and Technology for five years. In 2010, he moved to Los Angeles to take up a visiting scientist position at the University of California. He returned to Keio University in 2013, and in 2015, he was appointed as an associate professor.