Cloud-computing activity has increased enormously in recent years, generating ever more data stored in ever-larger data centers. For users to be able to continuously access their data, networks capable of handling the rapidly growing amounts of data traffic within data centers are needed. Researchers from Keio University have now developed a new kind of waveguide that is a promising component for state-of-the-art optical networks wherein data is transported as pulses of light.

A key property of the waveguide developed by the researchers is that it is "single-mode," not "multimode." This is important for ensuring low-loss integration with silicon waveguides expected to be used in computer chips― multimode waveguides cannot achieve the necessary longer link distances and higher bandwidths.

The scientists developed a technique called the "Mosquito method." An organic substance is first coated onto a substrate. Then, another organic viscous liquid (the core material) is dispensed into the coating through a syringe needle, followed by a curing procedure. It takes no more than 15 minutes to make a single-mode polymeric waveguide 5 centimeters in length with 12 channels. A main advantage of the technique is that it does not involve photomasks ― relatively expensive templates used in lithographic methods for etching out parts of a thin material.

Another important aspect of the Mosquito method is that it not only enables the fabrication of circular waveguide cores, but also the control of the core diameter, which has to be small enough to achieve single-mode operation. The diameter can be reduced by lowering the dispensing pressure of the syringe and increasing the speed with which it moves along the coating.

The scientists performed quality-control checks of the waveguides they fabricated. Optical power profile, signal loss during propagation, misalignment tolerance (in connections between the waveguide and other optical components) and "interchannel crosstalk" (disturbances due to interfering signals from neighboring channels) were all found to be of sufficient quality to warrant proper operation. In the words of the researchers, "the single-mode waveguides fabricated using the Mosquito method are very promising for off-chip interconnects." 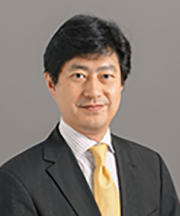 Department of Applied Physics and Physico-Informatics, Faculty of Science and Technology

After graduating from the Department of Applied Chemistry at the Keio University Faculty of Science and Technology in 1991, Takaaki Ishigure went on to earn his Ph.D. degree in material science from Keio in 1996. In 2005, he was a Visiting Research Scientist at the Columbia University Department of Electrical Engineering (New York). His current research interest is on-board optical interconnections realized with multimode/single-mode polymer optical waveguides.