Successful delivery of drugs to cancerous tissues in the body remains a challenge. Current drug delivery systems are based on prolonging drug circulating in the bloodstream. However, these systems prevent the drug from entering cancer cells, which results in the loss of drug activity. Yuki Hiruta and colleagues at Keio University have devised a delivery system that can be tricked into doing so, successfully.

The research team used two unique polymers to build their system: one temperature-sensitive and one pH-sensitive. The two polymers were chemically bound together to form a diblock polymer. When several diblocks were immersed in water, they arranged themselves into micelles. The temperature-sensitive polymer being hydrophilic, or attracted to water, formed the outer "corona" of this micelle. The pH-sensitive polymer being water repellent, positioned itself on the inside of the sphere and formed its core. Doxorubicin (DOX), an anti-cancer drug, was then loaded into the micelles.

The next step was manipulating the temperature to facilitate a targeted uptake of these micelles. Cancer cells grown in the lab, were heated to 42°C. This temperature, well above normal body temperature, was enough to induce the polymer chain to change from hydrophilic to hydrophobic, resulting in several micelles clumping together. The aggregated micelles could then be easily taken up by the cancer cells. Intracellular endosomes/lysosomes have an acidic environment within, resulting in a low pH. This low pH disrupted the core polymer arrangement, releasing free DOX within the cancer cells. Free DOX cannot escape from the micelle core when a pH-resistant polymer was used for the core, indicating that pH-sensitivity was indispensable for the release of DOX. Cells infiltrated by DOX were subsequently killed, proving the effectiveness of this system. It was also confirmed that only micelles, without DOX, had no effects on the cells, proving their safety.

"This two-step drug delivery system demonstrates potential for tumor-specific chemotherapy with the combination of local hyperthermia", concludes the team. Since the micelles developed in this study will not enter cells at normal body temperature, these will be spared. Not only does the system devised here ensure entry of drugs into cancer cells, but also provides a strategy to specifically target them by increasing their temperature. 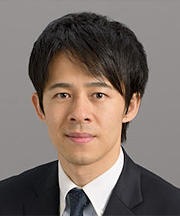 Department of Applied Chemistry, Faculty of Science and Technology

After receiving his Ph.D. in 2013 from Keio University, Yuki Hiruta worked as a research associate at the Keio University Faculty of Pharmacy for four years. In 2017, he returned to the Department of Applied Chemistry in the Faculty of Science and Technology. His research interests include developing analytical technology aimed at medical and biological applications.