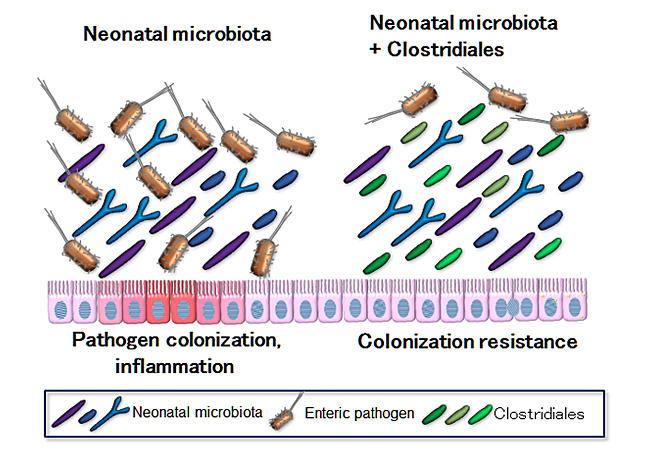 The human gut harbours a host of bacteria, known as the gut microbiota. In healthy individuals, microbiota is vital for proper digestive functioning, the synthesis of certain vitamins, and protecting the body against infections by external bugs. Infants are particularly susceptible to orally acquired infections, which is traditionally attributed to their underdeveloped immune system. However, given that their gut microbiota is considerably different from that of adults, could this also be factor? In a collaborative study, researchers at Keio University now have an answer.

The team collected microbiota from infant/neonatal (4-day-old) and adult (7-week-old) mice and introduced them into age-matched germ-free mice, which subsequently had the same microbiota that they were inoculated with present in their faeces.

The neonatal microbiota was devoid of two common orders of bacteria, Clostridiales and Bacteriodales. Like human infants, mice induced with neonatal microbiota were also more prone to colonization and infection by two disease-inducing bacteria. Interestingly, when these mice were supplemented with the adult microbiota, the incidence of infectibron was reduced. Could the reason for these differences lie in the two missing neonatal bacterial strains?

The neonatal microbiota mice were then supplemented with either Clostridiales or Bacteriodales strains. Upon exposure to the two infectious strains of bacteria, it was now seen that only the Clostriadales strain could protect the mice against a gastro-intestinal infection. Modulation of their immune system did not affect their susceptibility to infection. The importance of the Clostriadales species was further highlighted by the fact that the neonatal microbiota played a role in harbouring this strain in later stages of life.

The researchers conclude that, "neonatal microbiota contribute to the acquisition of protective Clostridia before weaning and is a critical event that prevents the growth of enteric pathogens in the gut early in life." The authors have previously shown the protective role played by gut bacteria in suppressing allergic airway inflammation, as well as potentiating the effects of the cholera vaccine. The regulation and maintenance of healthy gut microbiota is therefore important at all stages of life. 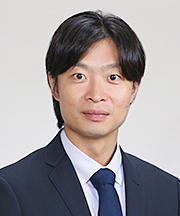